What are Recurrent Respiratory Infections?

Respiratory infection is a disease of the respiratory tract, the airway passage that begins at the nose, passes through the throat and ends in the lungs. Respiratory tract infections are mainly caused by viruses and occasionally bacteria.

Recurrent respiratory infections in your child could be attributed to several factors such as:

Children with recurrent respiratory infections usually have a chronic cough.

What If Recurrent Respiratory Infections are Left Untreated?

Most upper respiratory infections resolve on their own. Recurrent lower respiratory tract infections if not adequately evaluated and treated may lead to progressive and irreversible damage of your child’s lungs and even death due to respiratory arrest

Your child’s presenting symptoms and medical history are assessed. A physical examination is performed during which your doctor will examine your child’s ears, nose and throat. Respiratory rate and lung function are evaluated.

Other diagnostic tests performed include:

If the infection is caused by a virus, your child will be prescribed medications as well as other measures to ease the symptoms. Antibiotics are recommended only if bacterial infection is suspected or in cases of severe viral infections.

To manage recurrent respiratory infections your doctor will stress the need for preventive measures. For infants, breastfeeding is recommended to promote immunity. Making environmental changes such as reducing exposure to smoke, pollutants and infective agents can significantly improve your child’s condition.

Alternatively, your child may also be treated with immunomodulating therapy. This method, where medications known as immunomodulators are used, works by activating and normalising your child’s immune system.

Immunomodulators are usually administered orally, subcutaneously or intranasally in that order. The therapy reduces the need for medications or antibiotics and ensures shorter duration of recurrent episodes. Prior to treating your child, your doctor will discuss the details of each available immunomodulator and choose an appropriate one for the best outcome. 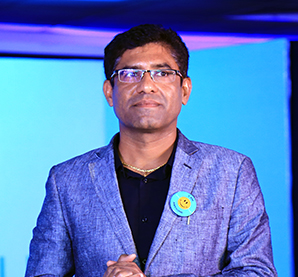